Planning application 14/03735/FU was submitted on the 24th June 2014 by Burley Place Limited. It was for an 8 storey student block at 46 Burley Street that would have provided 128 studio flats. The proposed building would have replaced the original building on the site which had one storey facing onto Park Lane. This building was demolished by the developer in 2013 without planning permission. In October 2014 the planning application was revised bringing the number of flats down to 113 and increasing the height of the building to 9 storeys. The application was considered by the city centre plans panel on the 12th February 2015 and rejected on the grounds that (a) the living accommodation would be cramped and (b) the building would tower over neighbouring buildings and would represent an over-intensive use of the site. Officers were delegated to formally draft the reasons for refusal.1 A Decision Notice was issued on the 16th February.2 On the 27th February 2015, the applicant appealed against the decision3 (Appeal reference APP/N4720/W/15/3005747).

The appeal was heard on the 22nd July 2015. It was rejected on the 10th September 2015 because, “The design of the blade would adversely affect the character and appearance of the locality, and the development would fail to provide a satisfactory standard of comfortable living conditions for future occupiers.” 4 The “blade” was the tallest element of the proposed building. The remainder of the building was 4 storeys tall facing onto Park Lane. Now a further revised application has been submitted (application 16/01322/FU). This latest application is proposing a building that would be without the blade but which would be 5 storeys tall facing onto Park Lane. So whilst the blade itself has been removed, the height of the rest of the building has been increased to compensate. The inspector who rejected the appeal did not say that an overall taller and bulkier building would be acceptable.

The two following images illustrate how the proposed development differs from the previous proposal and how it would dominate neighbouring buildings and the surrounding area.

There has never been an easy way of knowing whether a company is based overseas. This is because there is no UK register of overseas companies operating in the UK. But now, this has changed. Private Eye has produced an interactive map 1 which allows you to see which properties are owned by offshore companies, the name of the company, and the country the company is based in. The map shows that numerous local properties are owned offshore including:
oooooo

Because companies have to tell the Land Registry where they’re based when they purchase property, all the necessary information is held inside the Land Registry database. Private Eye has unlocked this database by searching thousands of Land Registry entries to uncover which UK properties are owned by offshore companies. The map for our area looks like this:
000000

oooooo
So, if you take a dim view of companies operating in the UK trying to avoid paying tax,2 you might want to forego popping in for a pint the next time you pass any of the pubs listed above.
oooooo
Even Castle House, the building in the city centre occupied by Her Majesty’s Revenue and Customs, is owned by a company based in the Cayman Islands!
oooooo
References

Planning application 14/03735/FU was submitted on the 24th June 2014 by Burley Place Limited. It was for an 8 storey student block at 46 Burley Street that would have provided 128 studio flats. In October 2014 the application was revised bringing the number of flats down to 113 and increasing the height of the building to 9 storeys. The application was considered by the city centre plans panel in the 12th February 2015 and rejected on the grounds that (a) the living accommodation would be cramped and (b) the building would tower over neighbouring buildings and would represent an over-intensive use of the site. Officers were delegated to formally draft the reasons for refusal.1 A Decision Notice was issued on the 16th February.2 On the 27th February 2015, the applicant appealed against the decision3 (Appeal reference APP/N4720/W/15/3005747).

The following images illustrate how the proposed development would dominate neighbouring buildings.

The Draft Site Allocations Plan1 contains numerous errors in its calculation of open space provision in Hyde Park and Woodhouse ward. This is a serious flaw as the amount of new housing that a ward can sustain is based on the open space provision that would be available to new residents.

Paragraph 1.2 of Leeds City Council’s Draft Site Allocations Plan states that it uses open space figures from Appendix A2 of the council’s Open Space, Sport and Recreation Assessment3 (OSSRA) published in 2011, and that it also includes some additional data.

The re-emergence in Autumn 2013 of the inspector’s report on the Liverpool trolleybus application,1 and the secretary of state’s decision,2 showed opponents of the current Leeds trolleybus scheme that failure to replace open space is sufficient reason to recommend rejection of an application for a TWAO.

The NGT Project Board Minutes3 reveal that this major obstacle for the Leeds trolleybus scheme was already apparent to the NGT team. At paragraph 5d on page 9 of the Project Board Minutes of the 18th June 2013, it says that Mr Tom Gifford of Metro advised the group that the open space position in relation to Woodhouse Moor contravened both local and national guidance.

The local policy that would be contravened if the trolleybus were to run across Monument Moor is Policy N1 of the Leeds Unitary Development Plan.4 The policy is set out on page 53. It states that N1 protected green space has to be replaced if it’s going to be developed, unless the need in the locality can be shown to be met.

The national policy that would be contravened if the trolleybus were to run across Monument Moor is Policy 74 of the National Planning Policy Framework.5 This states that open space should not be developed unless it’s surplus to requirements, or replaced.

At paragraph 4f on page 4 of the NGT Project Board Minutes of the 16th September 2013, it states that Deputy Chief Planning Officer Stephen Speak “raised concerns that it will be difficult to designate the land on Woodhouse Moor as surplus and Kieran Preston asked how this was dealt with on the Supertram project.” Mr Preston must have forgotten that Supertram would not have run across Monument Moor.

At paragraph 4f on page 4 of the NGT Project Board Minutes of the 21st October 2013, it says that acting Chief Executive of Metro, John Henkel stated that “it is difficult to argue the case for the land being classed as surplus.” Mr Henkel was referring to the land to be appropriated on the 8th January 2014.

To get round the problem, the promoters devised four separate strategies:

asdfgh
Pictured above on the left is Patrick Hall receiving one of this year’s Hyde Park Unity Day Community Recognition Awards: a beautiful engraved mirror in a frame decorated with a mosaic produced by Alison. Picture below on the right is Bill Mckinnon receiving an award from Unity Day organiser Amit Roy.
asdfgh 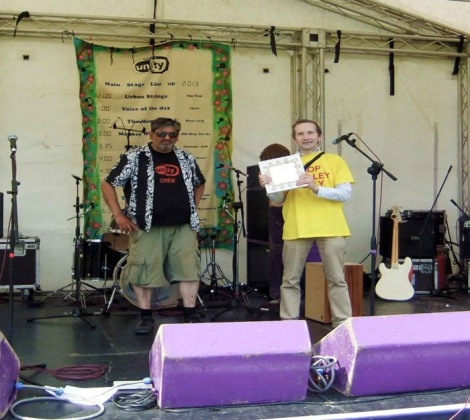 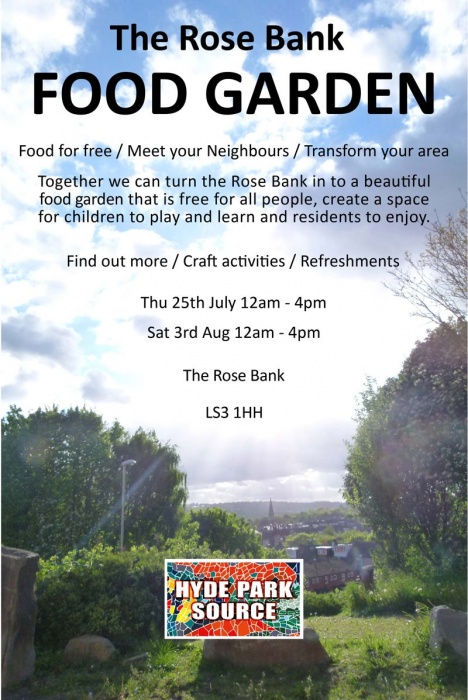 asdfgh
Just down the hill from Woodhouse Moor is the Rose Bank, a public green space with one of the nicest views in Leeds. We are hoping to start a community food garden here. A place where people can grow food for free, transform their local area and meet their neighbours. On the Thursday the 25th of July we held an initial garden day and had lots of volunteers. Lots of local kids got involved and made themselves a herb bed. We are doing another session this Saturday the 3rd of August we are meeting on the bank between 12 and 4pm. If you want to find out more, help us with the food garden or just enjoy some refreshments and meet some new people please come down to the bank LS3 1HH. For more info contact Hyde Park Source.

aaaaaa
The meeting was chaired by the Reverend Joanne Pearson, assistant rector at St George’s Church, and priest in charge at St Augustine’s, Wrangthorn and the speakers were Councillor James Lewis, head of the West Yorkshire Integrated Transport Authority, and Councillor Richard Lewis, head of Development at Leeds City Council.

After an introduction by Tony Green, deputy chairman of the A660 Joint Council, there were short talks from the councillors, followed by questions from the audience.

The councillors responded to a large number of questions and the meeting was good humoured. Several members of the audience expressed exasperation with the proposals when Councillor Richard Lewis said “Trolley does something different. It makes me quite frustrated that people can’t pick up on this fact.”

There were calls from the audience, “Tell us the difference.”

The Reverend Joanne Pearson asked, “What is the difference?”

Richard Lewis said, “It doesn’t stop frequently. It has a third the number of stops.”

A member of the audience said, “Why not just have some other buses do that then?”

Someone else said, “You’re just saying that a bus that stops less, will get there faster.”

Richard Lewis responded, “James is clearer than I am about the technology that will be employed. I struggle to understand it. If bus companies want to stop less, they can do that.”

There was only one neutral question put to the councillors, and one that was supportive (from a Bradford trolleybus enthusiast). All the rest were highly sceptical.

The meeting was attended by over 100 people from right across Leeds, and there was standing room only.