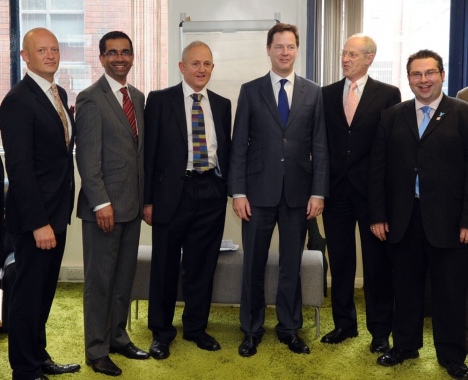 In my estimation the Arena is probably a better use of the money. The NGT scheme will encourage people to live even further away & drive even greater distances by giving them a mistaken idea that they are being ‘green’ by using allegedly renewable energy for the last few miles. It does nothing about curbing car use.

NGT will, I believe, actively disadvantage those living in the inner parts of Leeds & who are doing the right thing by being close to where they want to pursue their daily activities. It will hobble growing cycling on the A660, also make it more difficult to go east-west on foot, as well as slice into public space on Woodhouse Moor, as examples.

I wonder what modelling has been done of total, i.e. cradle to grave, resource use; e.g. carbon, public amenity, money etc. of the gimmicky NGT scheme …. including that of the ‘urban flight’ which it will cause….. versus alternatives.

…I rather think some LCC types will be more focussed on ‘shiny photo-opportunities’.

Because the trolleybuses proposed for Leeds would be using electricity from the national grid, and because 72.5% of the electricity generated in the UK comes from burning fossil fuels, trolleybuses on the streets of Leeds would be no less polluting than diesel buses. All they would do is transfer pollution produced by buses, from the streets, to the areas around the power stations.

And because the Leeds trolleybus system would create several vehicle stacks to facilitate the movement of the trolleybus, any reduction in bus pollution on the streets would be offset by an increase in exhaust fumes from stationary cars, vans and lorries.

Former councillor John Bale is calling for the trolleybus scheme to be scrapped. In a letter published in today’s paper, he describes the trolleybus project as a “timid and parochial approach.”

He says that we need a “steel on steel transport system” which will decongest the roads. He ends by saying:

The need now is for political leadership of the kind demonstrated by Councillor Procter, not humble acceptance of second-best solutions.

As well as being a former councillor, John Bale is Emeritus Professor of Construction Management at Leeds Metropolitan University.

Councillor John Procter is calling for the trolleybus scheme to be scrapped. In a letter published in Monday’s Yorkshire Evening Post, he says that in the wake of the news that the scheme is faced with a £20 million funding gap, the project should be abandoned.

He describes the trolleybus as a compromise, and argues that instead of pursuing it, we should be applying for money from the government’s new £50 billion infrastructure fund to build a tram system.

He says that what’s needed is vision and ambition, and that to continue with the trolleybus scheme would be a wasted opportunity for Leeds.

I learnt recently that the council has offered each resident £4,000 to quit. A lady I spoke to who know several of the residents of Kendal Carr, told me she thinks that if they have to move, it will kill some of them.

No doubt the majority of the residents had planned on living out their days at Kendal Carr. £4,000 is a lot of money, especially to someone who may not have any. It’s to be hoped that no resident is persuaded by this cash inducement to act against their own best interests.

This afternoon’s meeting was very well attended and began with a talk given by Tony Ray. This was followed by a question and answer session in which Phil Ward answered questions and also listened to residents’ concerns about enforcement issues relating to Conservation Areas. In response to these concerns, it was pointed out that getting the Conservation Area established is a starting point, after which, enforcement becomes a possibility.

It was a lively and good humoured meeting, and after it was over, almost everyone I spoke to told me what a good idea they think the Conservation Area is.

If you’re concerned about any of the following taking place in our area,

then please come along to Wrangthorn Church Hall at 2.00pm on Saturday the 12th March, where you’ll be able to express your views on proposals to establish a Conservation Area covering Headingley Hill, Hyde Park and Woodhouse Moor. A draft Conservation Area Appraisal has already been drawn up. You’ll be able to view the document during the Exhibition which begins at 2.00pm and comment on it and suggest changes to it. The public meeting will begin at 2.30pm and the city’s Chief Conservation Officer, Phil Ward will be present during it to talk and to answer questions.

Wrangthorn Church is the impressive stone Victorian church with a spire at Hyde Park Corner. Here is a map showing its location. 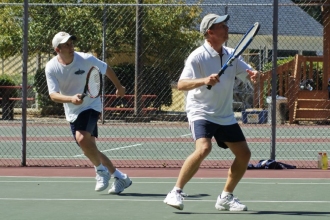 Leeds City Council’s PPG17 audit, when it appears in December, will calculate demand for tennis courts based on already established figures for participation in the game of tennis, Lawn Tennis Association recommendations, and local population statistics.  Since these are all known now, there’s no need for us to wait until December. Using the same parameters that will be used in the city’s PPG17 audit, we can calculate now how many tennis courts are needed by local people.

Need has been assessed by :

Using the above methodology, it can be seen that Headingley requires 9 tennis courts and Hyde Park and Woodhouse requires 7. Since Headingley already has 2 courts (at St Chads) and Hyde Park and Woodhouse has 6 (on Woodhouse Moor), this means that there is a need for 8 additional courts. Consequently, the 7 courts on the Leeds Girls High site cannot be considered surplus to requirements.

Given that it’s so easy to do a PPG17 study to determine our area’s need for tennis courts, one can’t help wonder why the Planning Department didn’t include one in the report they presented to the councillors of Plans Panel West on the 12th August 2010.

( photo courtesy of The Suss-Man (live from Albany, GA) ) 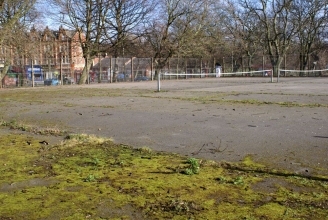 At the meeting of Plans Panel West that took place on the 12th August 2010, planning officer Paul Gough told elected members that the Leeds Girls High tennis courts are not needed as there’s no demand for additional tennis courts in the area. He based his claim partly on the fact that six tennis courts on Woodhouse Moor were recently converted to a Multi Use Games Area (MUGA) through ‘lack of use’.

The reality is that the six tennis courts were poorly used because they were in a very bad state of repair as a result of many years of neglect. The above photograph shows the state they were in at March 2008.

When local people found out about the proposal to convert the courts to a MUGA, they expressed their opposition to councillors at a meeting of INWAC that took place on the 13th December 2007. In response, the councillors passed the following resolution :

That in respect of the multi use games area proposed close to Hyde Park Corner, North West Area Management be requested to seek clarification on the proposals, and to ensure that public consultation was carried out on any such proposal

Following the meeting, Lib Dem Councillor Penny Ewens was in touch with senior planning officer Paul Gough by telephone. Here’s an extract from an email he sent her immediately afterwards :

Further to our telephone conversation, I thought I would drop you a line to let you know my thoughts on the suggestion that the proposed MUGA should be subject to further public consultation. Basically my view is that further consultation is unnecessary and would delay what is a very worthwhile project on a site which is in need of upgrading….I think that if we start a debate on the principle of the development it could seriously embarrass the Council, mislead the local community and get us into a legal minefield. If we do not carry out this project, all it would take is one person to make a legal challenge and we would be in trouble….There is no need to prevaricate over this and, in my view, we should proceed to the implementation stage.  I hope this is helpful advice.

It really is rich for Mr Gough to use the conversion of tennis courts on Woodhouse Moor to a MUGA as justification for his claim that there’s no demand for tennis courts in our area, when he himself was instrumental in bringing about the said conversion against the wishes of local people. 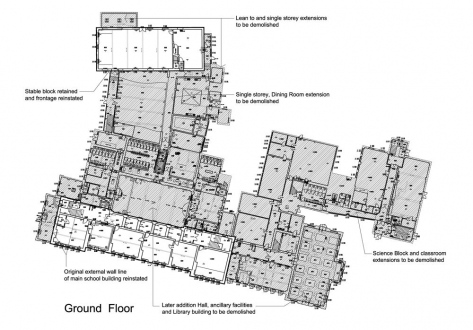 When Messrs Crabtree and Clegg say that all the historic Main School Building will be retained, they are merely repeating what they have been told by the School. 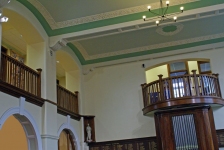 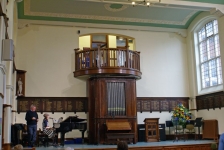